Join artist Nwando Ebizie and scientist and broadcaster Dr Maggie Aderin-Pocock for an intimate in conversation around Ebizie’s new commission The Garden of Circular Paths, commissioned by The Hepworth Wakefield and Yorkshire Sculpture International to take place alongside our 10th anniversary exhibition Barbara Hepworth: Art & Life.

The Garden of Circular Paths, takes visitors on a sonic art ritual guided journey through the life and work of Barbara Hepworth, featuring composed music and field recordings from places in Yorkshire and Cornwall which have a connection to Hepworth’s life. The installation is designed for headphone listening whilst walking through Barbara Hepworth: Art & Life, inviting visitors to experience it through Ebizie’s lens as a Yorkshire-dwelling Afrofuturist.

This intimate event will take place at The Hepworth Wakefield and places are limited. Please book online in advance of the event.

This event forms part of a series of  performances and audio-visual works made in response to Hepworth’s work presented alongside our 10th anniversary exhibition Barbara Hepworth: Art & Life.

Members receive a 15% discount on ticket costs. Become a Member. Existing members please contact members@hepworthwakefield.org for a discount code that can be applied at the checkout.

Book your place online  or if you have any questions or special requirements then don’t hesitate to get in touch by emailing  hello@hepworthwakefield.org. 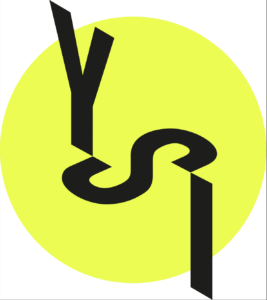 Dr Maggie Aderin-Pocock MBE is a space scientist whose passion is presenting science to a general audience and demonstrating that you ‘don’t need a brain the size of a small planet’ to understand, participate in and enjoy science.

Her BBC 2 programme Do We Really Need the Moon? earned Maggie the talkback Thames new talent award at the prestigious Women in Film and TV Awards in December 2011.  She went on to present Do We Really Need Satellites? and was one of the main scientists on Channel 4’s Brave New World.  She is currently presenting Sky at Night on BBC 4, Mini Stargazing for Cbeebies and is a panellist on Sky One’s successful science quiz show, Ducks Quack Don’t Echo.  Aderin-Pocock also makes regular appearances on The One Show, Newsnight and Woman’s Hour and was a guest on Radio 4’s Desert Island Discs.  Her book The Sky at Night’s Book of the Moon (BBC Books) was published in September 2018 and her children’s book Dr Maggie’s Grand Tour of the Solar System (Michael O’Mara) is out now.

Maggie studied at Imperial College where she obtained her degree in Physics and her PhD in Mechanical Engineering.  Since then she has spent much of her career making novel, bespoke instrumentation ranging from hand held land mine detectors to an optical subsystem for the James Webb Space Telescope. To further share her love of science Maggie conducts “Tours of the Universe” and other public engagement activities, showing school children and adults around the world the wonders of space.

Todmorden-based multidisciplinary artist Nwando Ebizie (b. 1982) creates Afrofuturist speculative fictions and alternate realities at the intersection of live art, experimental music and multi-sensory installations. She proposes new myths, rituals and provocations for radical change and radical transformation of the self and community, drawing from science fiction, Black Atlantic ritual cultures, biophilia, neuroscience, electronic music, and her own neurodiversity and Nigerian heritage.

Later this year, her debut album The Swan – a genre-bending work of sonic fiction mythologising an imagined matriarchal community – will be released on Matthew Herbert’s Accidental Records, with the single ‘I Seduce’ out in May 2021.

Surface Area Dance Theatre: Behind the Face of a Rock, Throwing Stones