The Sculptor Speaks is an audio-visual installation by Olivia Louvel based around her re-sounding of a 1961 recording of Barbara Hepworth’s voice.

After finding the recording, originally recorded as an illustrated talk for the British Council, in the British Library, Louvel designed a completely new sound environment for it, applying sculptural principles to manipulate the texture of Hepworth’s voice. Louvel conceives of the sound work as a direct carving into the original material to produce an abstract form.

The sound work is accompanied by projected imagery drawing from Hepworth’s sculptural relationship to the landscape of Cornwall. Emerging from the seascape, a geometric line is being slowly drawn, completing a full meditative cycle.

The Sculptor Speaks was premiered in its first iteration as a stereo audio version on arts broadcast platform Resonance Extra in 2020. The subsequent audio-visual version received an Ivor Novello Award in the Sound Art category at the Ivors Composer Awards 2020.

Louvel’s re-sounding of Hepworth’s voice broadens the experience and understanding of Barbara Hepworth’s legacy through an aural investigation: voice as sonic documentation.

Louvel exploits the rhythm of Hepworth’s words, releasing the voice recorded from its original location in St Ives and allowing it to swim across time to a different century. The sculptor’s cut-glass Received Pronunciation might be off-putting for the modern ear, but waves of technological manipulation have eroded its edges, turning it into a dreamy meditation on the nature of creativity.

Olivia Louvel is a French-born British composer and artist whose work draws on voice, computer music and digital narrative. Her work is presented in the form of sound recordings, live performance, sound art installations and video art.

Previous works include The Whole Inside (2019),  a generative sound mural exploring the violent misogyny of the Incels; Data Regina (2017), a multimedia suite based on Mary Queen of Scots’ writings; and Afraid of Women (2016), an audio-visual piece raising awareness for Rojava, the autonomous zone in Northern Syria.

Louvel’s practice is built upon a long-standing exploration of the voice, sung or spoken, and its manipulation through digital technology, as a compositional method. She is a PhD candidate (2021-) at the University of Brighton, investigating the interplay of voice and sculpture.

Louvel was interviewed by Stuart Maconie for his BBC Radio 6 programme about her “compelling sculpture-inspired work” on Barbara Hepworth. The Whole Inside was selected for the Longlist at the Aesthetica Art Prize 2021, and is published in Aesthetica Art Prize Anthology: Future Now. Additionally, her article ‘A Generative Sound Mural, The Whole Inside: Sounding the body’ (2020) was published by Leonardo Music Journal, MIT Press.

Watch an interview with Olivia Louvel about The Sculptor Speaks

Our anniversary events are free but tickets to the Barbara Hepworth: Art & Life exhibition are required. Exhibition tickets are priced at £12 / £10 Concessions / FREE for Members, Wakefield District residents and under 16s. Book your ticket online. 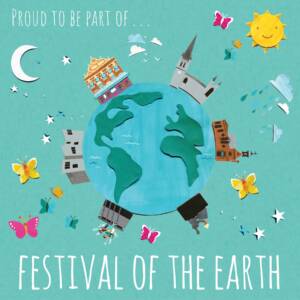