The Hepworth Wakefield celebrates Yorkshire’s heritage as the birthplace of modern British sculpture through the achievements of Barbara Hepworth and Henry Moore – two of the most important artists of the twentieth century, both born in the Wakefield district. The gallery was built in 2011 by David Chipperfield Architects to house the city’s nationally important collection of modern and contemporary British art.

Wakefield’s art collection consists of more than 5,000 works, at the core of which is a significant group of works by  Barbara Hepworth and Henry Moore.

From its foundation in 1923, the former Wakefield Art Gallery adopted an ambitious collecting policy with a core aim to nurture an understanding of contemporary art.

Works were acquired by the leading artists of the time, who have become synonymous with shaping modern British art. These include Hepworth’s ‘Mother and Child’ (1934) and Moore’s ‘Reclining Figure’ (1936) from an important period in the history of British art, during which many artists such as Paul Nash, Victor Pasmore and John Piper began to experiment with abstraction. Other leading British artists represented in the collection include Eileen Agar, David Bomberg, Roger Fry, Harold Gilman, Ben Nicholson, Patrick Heron, Lucie Rie and William Scott.

At the heart of the collection is the celebrated Hepworth Family Gift, a remarkable group of the artist’s surviving working models for her later bronze commissions. 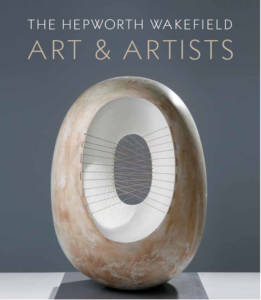 You can now purchase The Hepworth Wakefield Art & Artists,
a new guide to our collection.

Discover more artwork in our collection

A selection of our collection is available to view online as part of ArtUK, a joint initiative between the BBC and the Public Catalogue Foundation.